A MESSAGE FROM OUR FILM COMMISSIONER 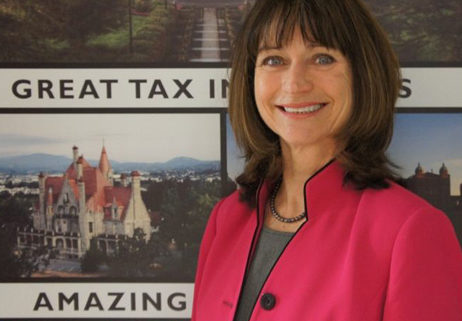 On behalf of the Capital Regional District, I would like to welcome you and your crew to Southern Vancouver Island. The Vancouver Island South Film and Media Commission is here to assist you in every stage of your production. We are eager to help your search for locations and to assist should you experience any difficulties while filming on location. With 20 years experience as a location manager, I am familiar with every nook and cranny and most of the businesses here in the CRD.

So whether you are looking for that perfect film location or that great restaurant we are here to help.

I hope that the information on our website is helpful. Our funding partners and sponsors are on the sponsorship page and in bold on the Directory Services page, and I encourage you to support our local businesses and sponsors.

The Vancouver Island South Film and Media Commission is a non-profit organization and was established on December 18th 1984. Its mandate is to market and promote the locations, skills and creativity inherent in Victoria and Vancouver Island to the global film industry.

The Commission receives financial support from our funding partners: Creative BC, City Of Victoria, District of Saanich, District of Oak Bay, Town of Sidney, Township of Esquimalt, City of Langford, District of North Saanich, City of Colwood, District of Sooke, District of Metchosin, Town of View Royal, local businesses, and our membership, whose generosity is much appreciated.

In addition, the Commission gratefully acknowledges the funding through Creative BC via the Ministry of Jobs, Tourism, and Skills Development.

The film industry in BC has experienced tremendous growth over the past 20 years, leading to the development of a broad and mature base of support and services, consisting of skilled professionals, crews and companies dedicated to the industry. Just 35 minutes by air from Vancouver and 1 hr 35 mins by ferry, Greater Victoria is now ready to take its evolution in the film industry one step further and become one of British Columbia’s major provincial players.

Formed as a non-profit organization, the Commission has focused on developing the infrastructure required to provide necessary services and talent to the international film and television industry. The Commission now offers a full range of services for film producers and companies interested in using Greater Victoria as a location.

Script Breakdown
Using the photo library as a base resource, the Commission provides complete script breakdown services for features, MOWs, series and pilots. Photo files are sent using ReelScout to the producers to determine if the Capital Regional District is the appropriate place to film the production.

Scouting and Surveys
Based on production and script requirements, the Vancouver Island South Film and Media Commission will scout and photograph specific locations that may not be on file in the Commission’s library.  The Commission may provide location scouts to accompany producers and directors around Greater Victoria in search of suitable locations.

Photo Library
The library is continually being updated and expanded, and consists of key images from all over the Capital Regional District used in script breakdowns, commercial requests and ongoing production and location support. It is used internally by Commission staff and contractors, and externally by producers, location managers and other industry personnel. Click here to view our public photo library. If you would like to view our complete photo library, including private residences, you may make an appointment with us at our office during our business hours.

The BC Film Industry generated 3.2 Billion in revenue in 2018/19. Become a Sponsor to promote your business to this growing market.